Search Noble Square condos for sale and other Noble Square real estate listings currently on the market. For additional information about Noble Square condos or to setup a showing at your earliest convenience contact me now or register on our website to have new listing notifications sent directly to your inbox.

A Small Neighborhood that Packs a Punch

Located directly east of East Village is Chicago’s Noble Square, a tiny neighborhood that just seems to be barely wedged in between Wicker Park and Ukrainian Village. Bordered by the Kennedy Expressway to the east, Ashland to the west, Division to the north, and Grand to the south, Noble Square’s name refers to the square-shaped Eckhart Park. The one-block square park lies on the northeast corner of Chicago and Noble and has been a focal point of the neighborhood since its inception.

In recent years, Noble Square has been seeing it’s boundaries be appropriated into other, more trendy neighborhoods by locals. Noble Square’s northern section is often referred to eastern Wicker Park, and its southern half is referred as belonging to West Town. Perhaps that’s due to the fact that Noble Square’s popularity has increased among hipsters, thereby shrinking its borders.

What to Eat in Noble Square

There are several options in Noble Square to become buddies again with your taste buds. You may not appreciate the association of consumable products and roots, but ah well there it is: Forbidden Root Restaurant and Brewery, a.k.a “botanical brewery” offers craft beers derived from pretty much anything that will grow out of the ground. The restaurant offers beer grub to go with your botanical elixir. For the uninitiated, try the alcoholic root beer – for the adventurous, try a beer flight and enjoy the gamut of beers on tap, ranging from ginger wheat ale to chili stout.

Craft beer? Beer grub? You’re looking for something different. Well, you’re in Noble Square and she wants to throw you a curve ball. Try Mott Street, a Korean street food communal-seating restaurant with Chinese, Japanese, Thai, and Mexican influences. Yep! They turn out inventive street food plates, such as kimchi Oaxacan empanadas and a General Tso’s lamb sweetbread. Locals slobber all over themselves for the sticky rice. Fortunately, there’s an outdoor patio in the summer, so the employees can mop up after the clientele afterwards.

Where to Shop in Noble Square

Noble Square has a variety of shops to peruse, whether you’re shopping for a birthday gift, home décor, or spells? That’s right, check out the Occult Bookstore, which has been in operation for nearly 100 years. Catering to a variety of customer requests, from love potions, voodoo dolls, to relieving ailments. Of course, it’s a bookstore first so come here for all your UFO, astrology, and general conspiracy theories.

Connected to the city via the Blue Line, Noble Square is segueing from its previous gritty vibe to an increasingly more family-friendly neighborhood. Just a stone’s throw away from downtown Chicago, the location and activities can’t be beat. When looking for houses for sale in Chicago, check out this undercover gem! 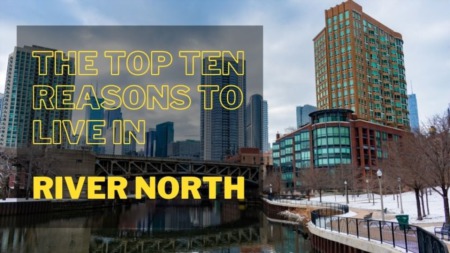